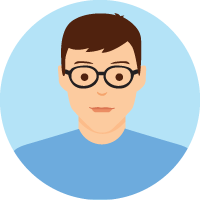 John had a Mortgage on an investment property as well as a home loan. The investment loan had seen some rate increases which John had not noticed. But when the interest only period ended John felt the pinch. His monthly repayments on the investment loan now totaled $1950/m and it was time to do something about it.

We quickly realised John had done well. Both loans were with good banks. By simply talking to the right people in the bank and making the appropriate changes to structure and product we saved John $200/m. The process took a week and John’s cash flow was back under control. Lyn had two properties, financed over two banks and four mortgages. Over the years, the rates had crept up, two fixed rates had ended and interest only periods had reverted to principal and interest.  Both properties were originally purchased as owner-occupied but were now leased. The debt structure was no longer optimum, and her monthly cost had increased.

We assessed her situation, and refinanced with a different bank and a new structure.  She is saving $1,600 a month, with the result that her properties are now positively geared and generating income every month.

Our customers love our service and attention to detail.

Why not request an obligation free loan review and let us work out how much you can save? 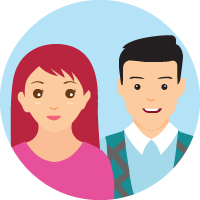 Serg and Denise had a Mortgage on their home and 5 equipment/car loans. Monthly repayments totaled $6,080/m. Cash flow was a struggle and it felt like they were making no progress on any of the debts…..

After looking at affordability, available equity and their plans, we recommended a debt consolidation loan with two splits that allowed them to save almost $3,000/m, help them pay off the equipment debt in the next 5 years AND save them $20,800 in interest over the next 5 years.

-Refinance and cash out-

“I highly recommend Erik as a mortgage broker. He is very friendly, incredible efficient and explains things in terms you can understand. He makes it easy.”

-Refinance and $900/m savings whilst on maternity leave-

“We were introduced to Erik Through a real estate agent when we were thinking of selling our house as we were struggling to make the payments after having a baby. Erik sat down with us and showed us how a refinance would save us $900/m! We are so pleased we don’t have to sell our home and will even be able to save to go on a holiday. Erik is knowledgeable, friendly and understanding. We couldn’t be happier!”

“Erik not only helped us achieve our goal – he was an integral part of it. His service was fabulous and I highly recommend him. I had my car loan and home loan recently and on both accounts was very impressed!”

“Thanks Erik, Again a great job on our loans. Veronika”

“Erik has helped us over the last few years with 2 mortgages, he provides a friendly and professional service. I will definitely be contacting Erik in the future when I am ready for the next investment property.”

“We have now had Erik assist us for two purchases & a refinance he is always contactable always helpful & always knowledgeable about what is available. Cannot recommend him enough. Thank you Erik! I am happy for potential clients of yours to contact me to confirm my thoughts if needed”

Stamp Duty Changes in 2023 for First Home Buyers in NSW

As of 16 January 2023, first home buyers in NSW will have the option of paying either an annual property tax or stamp duty. First-home

Why Are Banks Discouraged From Taking Out Fixed-Rate Loans?

6 Ways You Could Be Affecting Your Credit Score

Did you know that your Buy Now Pay Later (BNPL) shopping habits could affect your credit score?

The cost of energy has recently increased for Australians. We are all aware that the National Electricity

Bitcoin or real estate – which one is a get-rich-quick scheme?

Investing wisely guarantees wealth and healthy retirement. There are many different investment options that give investors the

LET US CALL YOU

Fill in the form below to request a callback to discuss your plans.